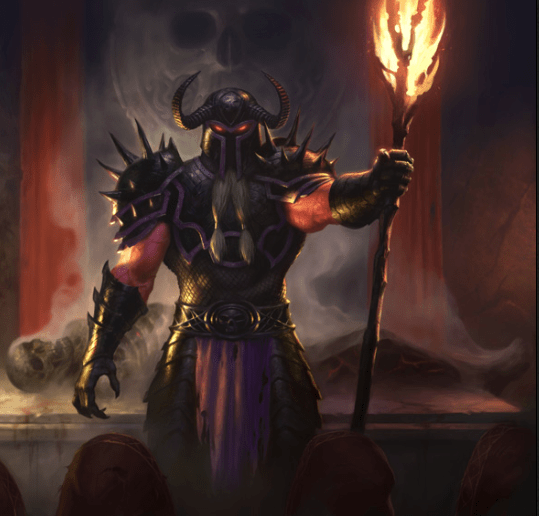 Kihon Games‘ Creative Director Dan Kopycienski (@ZombieEyeDK) takes Gamasutra readers on an insightful journey into creating an independent online game. The man did it before with “PoxNora,” which was so good, Sony Online Entertainment threw some dollars at it. Itching to get back into the collectible card game arena, Kopycienski has been hard at work on his version of PoxNora 2.0, “Conquest of Champions” (a game you can join in beta right now). Read all about it on Gamasutra.

Players with a Mac or PC can join the beta of “Conquest of Champions” by backing the crowdfunding campaign at https://www.conquestofchampions.com/funding/. “Conquest” was created by veteran game developers who have a passion for the collectible card game (CCG) genre, having worked together on the popular CCG “PoxNora” when Sony Online Entertainment acquired it.

“Conquest of Champions” combines deck building, crafting and card leveling with the best of competitive turn-based tactical strategy. Players must strategically build their deck and defeat their opponent by summoning fully animated creatures, casting devastating spells and launching weapons in battlegrounds reminiscent of tabletop miniature warfare. Players can alternate turns in real-time matches or leisurely in the asynchronous mode.

“We learned many things developing ‘PoxNora.’ Now as the Kihon team, we’re eager to incorporate those lessons into this new experience. We’ve created a game that will entertain our dedicated, enthusiastic fanbase,” said Dan Kopycienski, Creative Director, Kihon Games. “We listened to what collectible card and tactical strategy gamers want and we’re excited to deliver the best of both to them with ‘Conquest of Champions.’”

The beta currently features several multiplayer head-to-head modes as well as single player campaigns. The free-to-play game will be expanded to iOS and Android to be one of the first truly cross-platform CCG and tactical strategy mashups. Future expansions are already in development and will include additional campaigns, new cards, expansion content, tournaments and guilds. “Conquest” will launch with 3 Factions, 6 Heroes, a multitude of map layouts and more than 130 cards to collect and customize.

Previously, Kihon made their company debut in 2011 with an iOS game based on the smash YouTube video “Baby Monkey (Going Backwards on a Pig).” Kihon followed “Baby Monkey” with “SketchPhrase” and “Dojo Danger,” all available on the iTunes Store.

This was one of the first phrases we entered when we began playing our client, Kihon Games‘, latest game “SketchPhrase.”

The person who got our phrase did a fairly admirable job with it, but by the end of the game, our cute little phrase ended up looking like Michael Jackson circa “Thriller” wearing a piano on his head and riding a pony.

Such is the joy of “SketchPhrase.”

Back in my day, when a fax machine was considered revelatory and we didn’t have iPads and Nintendo Wiis to tide us over, we used to play the ole game of telephone. You know, where you whisper one thing into someone’s ear, and they whisper it back into someone else’s, and by the end of it, an outlandish rumor is now ready to be circulated. “SketchPhrase” takes this concept of telephone and plops it into a reimagined social drawing game for iOS devices.

Kihon Games had been hard at work on “SketchPhrase” while simultaneously putting the finishing touches on their year-long masterpiece, “Dojo Danger.” “Dojo Danger” is aimed for an early January 2013 release. The two games have different genres but share the exact same formula as Kihon’s first game, “Baby Monkey (Going Backwards on a Pig).” And that’s to be the funnest game possible.

Go download “SketchPhrase” for free at the iTunes Store, check out what 148Apps and Appolicious have to say about it, and send us your drawings on Twitter (use #SketchPhrase).

p.s. If you watch the Parry Gripp-created trailer for the game, we guarantee you will not stop singing “SketchPhrase” while you’re playing the game, which may or may not hinder your abilities.