The Most Wonderful Time of the Year

Our favorite time of the year – Fall – is here! Why do we love the Fall season so much? In San Francisco (where our summers are famously cold), Fall has the best weather. Don’t believe us? Just check out this shot we took of the Palace of Fine Arts last week. 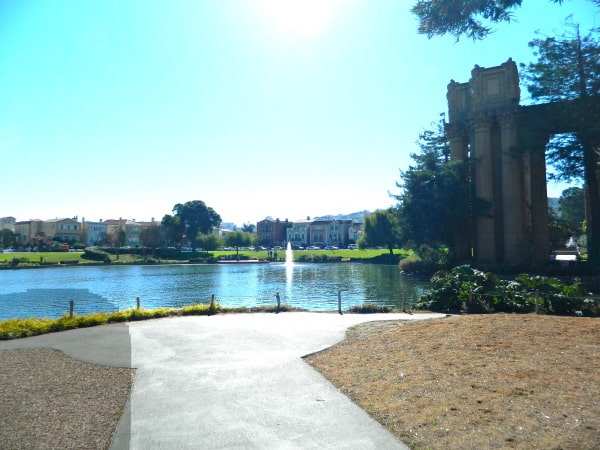 Fall is also the busiest time of the year for us and our clients, and we like to stay active. Here are some other things we’re excited about this Fall:

As far as we’re concerned, Fall Fashion Fest is the best time to go shopping (forget the holidays – too crowded). The best weather and some amazing deals will be front and center on October 9 in the shopping mecca of SF – Union Square. Plus, there’ll be food, drinks, music, entertainment and everyone going gaga over the glorious weather (oh yeah, we’re just gonna keep rubbing that in everyone’s faces, especially when all we hear year-round is “oh, don’t you just hate the fog?”).

Julie Gordon has a really awesome resumé! She’s worked on every major brand that we admire and has changed their respective markets (Apple, Netflix, Pixar) and now she’s joining our beloved client Threshold Interactive. As a female-owned business, we love seeing more women in creative roles. Even though the numbers are increasing (even the 2% Conference upgraded to the 3% Conference, heh) there still aren’t enough. Threshold not only has Julie, but Steffany Carey as their creative directors: two brilliant creatives who just happen to be women.

We’ve been working with the Top of Broadway Community Benefit District for a few months and have been deeply impressed by the dedication of their board members, business and community leaders. From Naked Lunch to Tommaso’s to the Beat Museum to Monroe Lounge, these entrepreneurs are not only working hard to make their businesses the best that they can be, they’re also giving back to their community. They even kicked things off by participating in Bold Italic’s North Beach microhood. With the addition of new restaurants Little Szechuan, Elaine’s and nearby Doc Ricketts, the Broadway district in North Beach is thriving. We can’t wait to show it all off on the new website.

We’re still playing with our iPad 2’s and we’ve been waiting (and waiting) for the major upgrades and enhancements. Hopefully the October 16 event unveils the extras we’ve been waiting for so that maybe my mom can enjoy my old iPad 2.

-New season of “The Walking Dead”