Why Parry Gripp Is Better For Your Brand Than Brad Pitt

You might not know who Parry Gripp is, but millions of YouTube fanatics do. Not only did Parry create the 15 million views+ video, “Baby Monkey Going Backwards on a Pig” (which spawned our client Kihon Games‘ hit iOS game), he also has more than 97 million combined video views on YouTube (and his animal-themed songs are ridiculously catchy). 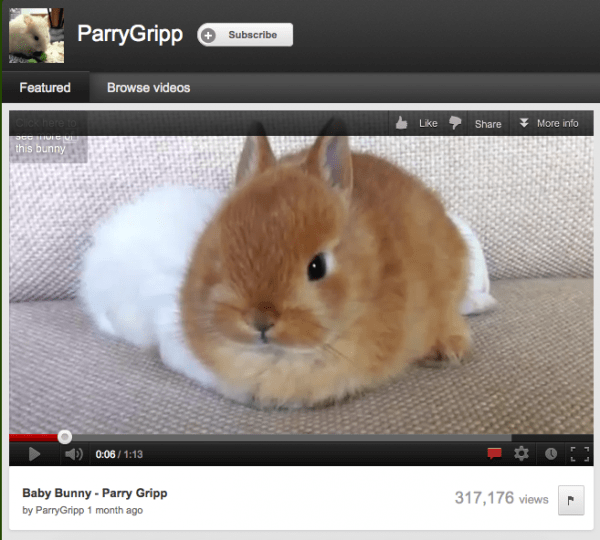 With that kind of built-in audience base, anything Parry does has quite an effect on his followers. Content creators like Parry have thousands, sometimes millions, of followers not just on YouTube but across social media platforms like Facebook, Twitter, etc. Their influence is far-reaching and to call them tech-savvy is an understatement. These content creators, these new “weblebrities” if you will, understand how to market themselves, and conversely, understand how to market other brands in a way that million dollar-fetching celebrities simply don’t.

It would be a great exaggeration to proclaim the death of the celebrity but it would be accurate to say that the term “celebrity” has changed drastically with the social media era that we now live in. YouTube (and other social media platforms) are making regular folks with a camera and an Internet connection famous (and often infamous). Granted, most of these folks are being laughed at, rather than with, but it’s not stopping some of them from collecting impressive paychecks that make us rethink our career path.

What does this all mean in the world of marketing, where brands used to throw millions of dollars to movie stars and television personalities like George Clooney, Brad Pitt and the dashing Mad Men? Are these movie stars in danger of losing a very easy (and sizeable) source of income?

Not exactly, but it does mean that the playing field gets just a bit leveled for brands that can’t afford even one item on Mariah Carey’s rider. Smaller, scrappier brands are enlisting the services of equally scrappy YouTube and social media weblebrities and creating mutually beneficial relationships. For the brand, they get a built-in audience and a seriously influential brand ambassador for just a fraction of the cost of a film star. For weblebrities, they get a paycheck, and better yet, more content, which is really the incentive.