The media has never been more important than in today’s rapid-fire, corporate-owned news cycle where fact checking and veracity are mere annoyances to getting immediate clicks. We read many, many, (too) many articles and often bang our heads on our keyboards. But every so often, we read articles that give us that ecstatic face emoji.Â

Here are the three best articles we read this week.

Bloomberg has frequently had Hampton Creek in its investigative crossfires – the startup was recently busted purchasing its own products to attract investors, in another excellent piece from Olivia Zaleski – and this seriesÂ is reminiscent of the Wall Street Journal’s John Carreyrou’s fantastic exposÃ©s of Theranos. One hopes that instead of lamenting articles like this, Hampton Creek instead gets a wake up call and changes their practices, putting consumers before profit. Nah? Yeah, I guess we were being idealistic. Carry on, Bloomberg. 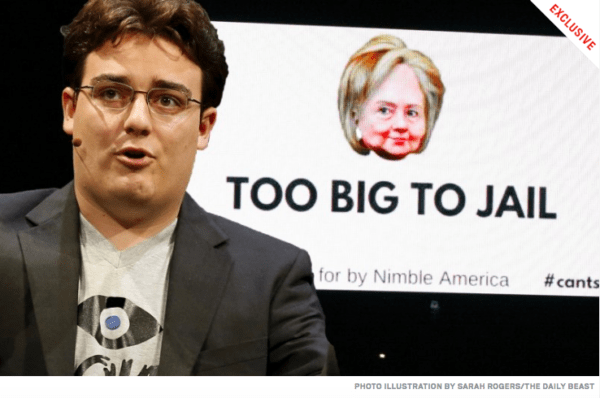 Maintaining the focus on Silicon Valley, The Daily Beast exposed Oculus Rift founder, and Very Rich Dude, Palmer Luckey, as the benefactor behindÂ an Internet hate group supporting Drumpf. The revelation comes on the heels of fellow Very Rich Dude Peter Thiel destroying media outlet Gawker, and shows how important it is to know where the money is coming from.

It also casts a potentially negative light to the company that Luckey founded, despite its sale to Facebook. Will conscientious consumers think twice before shelling over their hard-earned dollars for an Oculus Rift device?