How To Fix Bad Press In 3 Easy Steps 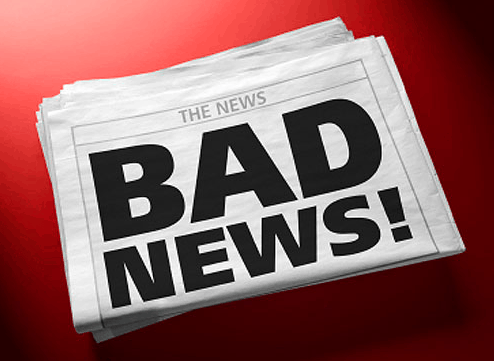 We’ve all been in a situation where an employee delivered terrible customer service or your CEO blurted a stupid comment to the press. What separates the brands that survive and the ones that don’t is their response to bad press, especially in this fast-paced digital/social media age where 24 hours can make or break you. How do you put a lock on the situation to keep the public trust and your brand credibility (and resulting profits) from crumbling further?

Own Up To Your Mistakes Publicly

Back in 2009, two Domino’s Pizza employees thought it would be a hilarious idea to film themselves sticking cheese up their nose before putting it on a sandwich, spitting in food, and doing other unsanitary acts. Two days after it was posted on YouTube, it garnered more than a million views, and references to the video were in five out of 12 results on the first page of a Google search to Domino’s.

Twitter blew up on the incident and Domino’s was left wondering how they could gain back their customers’ trust. First, they posted an apology on their corporate website, and asked employees with Twitter accounts to link to it. Next, they created an official Twitter account @dpzinfo to reassure the public that the video was an isolated incident. They even had their USA president, Patrick Doyle apologize on YouTube.

Acknowledge What You Do Stand For

Domino’s Pizza USA President Patrick Doyle immediately thanked the online community for finding the video and tracking the store and its culprits down. He outlined steps about how they repaired the situation: firing the miscreants, sanitizing the store, and reexamining their hiring practices. He reaffirmed that Domino’s cares about food safety, clean stores, and producing high quality food.

Have An Emergency Plan

When a crisis happens, you definitely want to respond quickly. Domino’s took 48 hours to issue an official response on social media, although they had been alerted of the situation much earlier. Always be prepared with social media monitoring to gather positive press, but more importantly, to hunt down and respond to any negative feedback surrounding your brand. Have a crisis communications team work with your executives to identify and troubleshoot negative situations.

People can forgive a brand that will own up to their mistakes, take public steps to fix the situation (and improve it), and show that they really do care about their customers. If you ignore the situation, minimize it, or seem inauthentic (e.g. doing the ole “sorry you were offended” rather than “I’m sorry, this is wrong”), the haters of your brand will multiply, and your credibility will fade.

Need help with your crisis communications plan? Contact us.